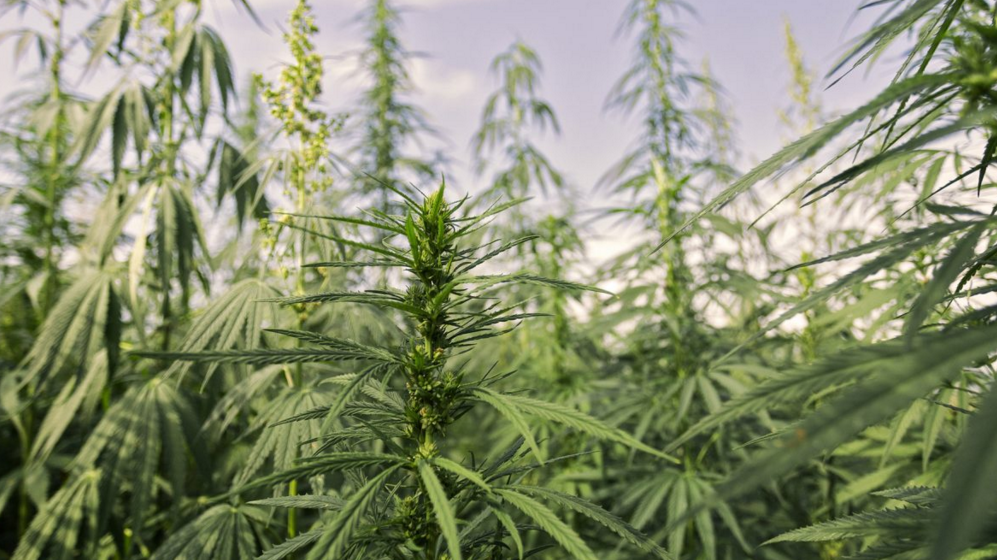 Cannabidiol (CBD) is an exciting focus of medical research, popular media, and legislation related to cannabis. Its presence is becoming ubiquitous on the shelves of health food stores and search engine results for numerous medical conditions, but don’t believe everything you hear. While CBD is an incredibly safe and therapeutic component of cannabis, there are many myths and misconceptions associated with it. Let’s take a look at a few.

Myth #1: CBD is non-psychoactive and medical; THC is recreational.

Both lay and scientific literature have classified CBD as a “non-psychoactive” substance, meaning that it does not alter one’s consciousness. But how could CBD fail to impact consciousness when it’s been shown to have anti-anxiety, anti-psychotic, anti-craving, alerting, and mood-elevating effects in human studies?

CBD clearly impacts our psyche, often in beneficial ways. It does not, however, impair mental or physical function in most consumers, even in very high doses. Thus, CBD can be considered psychoactive, but “non-impairing” or “non-intoxicating.”[i]

One doesn’t need to treat a serious medical condition in order to benefit from the use of CBD and to enjoy sharing it socially.

Most Leafly readers have already recognized and overcome the false dichotomy that CBD is the medical part of the plant and THC is for recreation. THC is clearly medicinal–hundreds of clinical trials have demonstrated that THC has remarkable and very relevant medicinal properties.

If THC is both medical and recreational, can the same be said about CBD?  Likely not. While CBD clearly has medicinal benefits, very few people would want to use it for recreation. CBD does not produce a “rewarding” or strongly pleasurable effect.  Its use in animal and human studies is not associated with euphoria, craving, compulsive use, or any other sign that would indicate it has recreational uses or drug abuse liability.

But this begs the question–where does recreation end and therapeutic use begin? If a group of friends shares a CBD-dominant spray or vape pen, they’re not likely to start giggling and telling long stories punctuated by periods of wondering what they were talking about. But they may be more likely to feel relaxed, focused, and resilient to stress. One doesn’t need to treat a serious medical condition in order to benefit from the use of CBD and to enjoy sharing it socially.

While some early studies attributed a sedating effect to CBD-dominant cannabis preparations, CBD itself is not sedating; it is actually alerting. CBD has been shown to counteract the sedative effects of THC, delay sleep time, and reduce THC-associated “hangover.”[ii]  Even very high doses of pure CBD, such as 600 mg in a single dose, have not produced a sedating effect in healthy subjects.[iii] Why the confusion?  It may be that varieties of cannabis that contain high levels of CBD often also contain significant amounts of myrcene, a potentially sedating terpene.

I occasionally see patients who report that CBD can disturb their sleep.  More often, patients tell me that CBD makes them feel awake, but when they lay down and close their eyes, they have no trouble sleeping.

I’ve been known as a strong proponent of using very low doses of cannabis to treat medical conditions, enhance the endocannabinoid system, avoid side effects, and prevent tolerance to cannabis. So, it may surprise you that I often support using high doses of CBD, especially when it is used in the absence of significant quantities of THC.

Milligram for milligram, CBD is much less potent than THC at relieving symptoms.

Why? Milligram for milligram, CBD is much less potent than THC at relieving symptoms. For example, one of my patients who experiences pain or anxiety relief with 3 to 5 mg of THC may require 30 to 200 mg of CBD to produce similar results, if they can be achieved at all. And while there is significant overlap in the symptoms that can be treated with either THC or CBD, the way in which they relieve these symptoms and the individual responses to these two agents varies significantly.

Studies that have used pharmaceutical-grade CBD to treat anxiety, schizophrenia, and seizures have used hundreds of milligrams per dose. This would be simply unaffordable for most consumers. But could lower doses of CBD provide some benefit?  The answer is likely yes. Some of my patients report feeling more alert, focused, and clear-headed after using as little as 2 to 20 mg of CBD by mouth, or after a couple inhalations of CBD-dominant cannabis.

Myth #4: CBD is the same from hemp, medical cannabis, or isolate.

A molecule of CBD is the same regardless of its origin in medical cannabis, hemp, or a laboratory. But do the various CBD products on the market have the same effects regardless of their origin? Likely not.

While CBD is a remarkable medicine, it clearly works best in the context of its phytochemical brothers and sisters from the plant cannabis, especially THC. When used together, CBD can enhance the therapeutic effects of THC while reducing the adverse effects. Even very low levels of THC, plus additional components of the cannabis plant, seem to enhance the benefits of CBD on pain and inflammation, at least in one rodent study.[iv]

While the distinction between medical cannabis and hemp varieties continues to blur, it is still likely that hemp is a less efficient source of CBD–much higher amounts of hemp starting material, compared to medical cannabis varieties, may be needed to extract CBD. This may increase the risk of contaminants in the final product. Furthermore, the hemp-based CBD industry is rampant with mislabeling. A recent study found that only 31% of 84 CBD products purchased online were accurately labeled for CBD content.

So, what’s the best source of CBD?  Whenever possible, I recommend locally grown, artisanal produced, laboratory-tested products acquired through a legal medical cannabis program. I realize that this is not possible for all readers. If you’re purchasing online, it can be hard to know what retailer to trust and, unfortunately, there’s no good solution unless you have access to third-party laboratory testing for cannabinoid potency and contaminants. I encourage hemp-based CBD consumers to ask for detailed answers about quality control–some companies will provide copies of a laboratory analysis that correlates with the batch in question.

We all have an endocannabinoid system as an essential part of life. It helps us respond to illness and injury, restoring balance at a cellular level, and is always functioning in all of our organs and tissues to keep us healthy. This system is thus a natural target for therapeutic interventions, including herbs, drugs, and lifestyle modifications, in almost every disease known to man.  The hard-to-believe efficacy of medical cannabis in the treatment of neurologic, inflammatory, gastrointestinal, psychiatric, infectious, and metabolic conditions is justified by the widespread presence and healing effects of the endocannabinoid system.

The therapeutic effects of CBD are similar in many ways to those of its close relative, THC. Both relieve pain, spasticity, nausea, anxiety, and seizures, and both decrease inflammation.[v] We know that THC works like our bodies’ endocannabinoids; both turn on the cannabinoid receptors and lead to cellular activities that restore physiologic balance.

One would assume that CBD works in a similar manner, but this is, in fact, a misconception. CBD does not directly stimulate the CB1 or CB2 receptors. Instead, when CBD comes into contact with these receptors, it actually turns down their activity level, causing a mild to moderate decrease in the effects of THC and endocannabinoid signaling at the CB1 receptor.[vi]

Despite its ability to directly decrease cannabinoid signaling, CBD also has the ability to indirectly increase cannabinoid signaling. It does this by inhibiting the breakdown and transport of our most abundant endocannabinoid, anandamide.[vii] One clinical study showed that patients with schizophrenia who were treated with 800 mg of CBD daily had significant increases in their levels of anandamide over 28 days.[viii]

If it’s hard to make sense of these two opposite properties of CBD, welcome to cannabinoid science, a field riddled with opposites and paradoxes. If you take CBD, is it going to inhibit or stimulate your endocannabinoid system? The answer is probably both, and it likely depends on your needs and the amount of CBD you take.

Just because everyone says that CBD is legal, it’s for sale at your health food store or tobacco shop, available on Amazon, and has no abuse potential, you might think that it probably is legal. If you ask the DEA, however, you’ll find that they disagree.

Take a look at this 2015 memo from the Drug Enforcement Administration.[ix] According to the Controlled Substances Act, CBD is considered a member of the group of “tetrahydrocannabinols.”  The FDA has also stated that a CBD product cannot be considered a “dietary supplement” because it has been “authorized for investigation as a new drug for which substantial clinical investigations have been instituted and for which the existence of such investigations has been made public…”  This language can be found in the numerous letters the FDA has been sending to online CBD retailers.[x]

Fortunately, I don’t believe there is any real danger of legal consequences to the CBD supplement consumer. Retailers and producers of hemp-based CBD products still may face some risk, which depends on how motivated our federal agencies are to enforce these regulations that do nothing to protect public health.

Now that we’ve cleared up a few of the misperceptions about CBD, you might want to look at more myths about cannabis. Also, for more information on how to use cannabis therapeutically, you can access Healer’s free programs for new consumers, existing consumers looking for more benefits, and health providers needing support.

While CBD has an excellent safety profile overall, using it in high doses alongside other drugs may come with a risk of drug-drug interactions. University Health News reached out to... 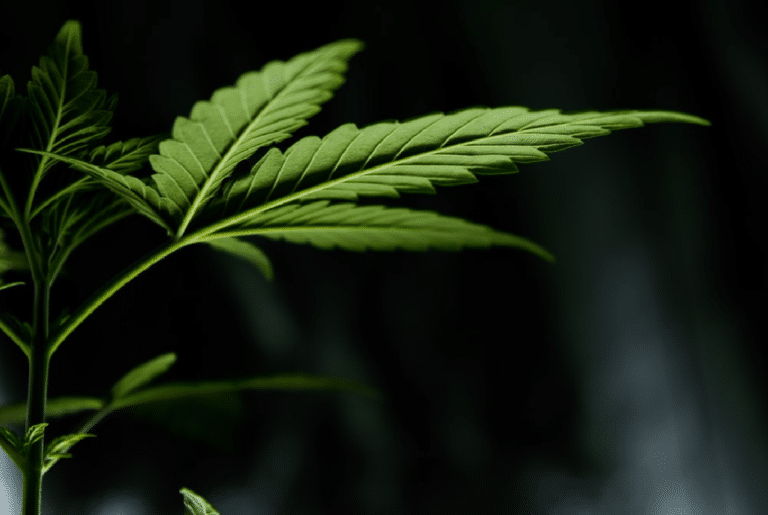 A growing number of studies are showing that cannabis is helping opioid users reduce their usage or stop completely. This article from the Portland Press Herald includes information from a... 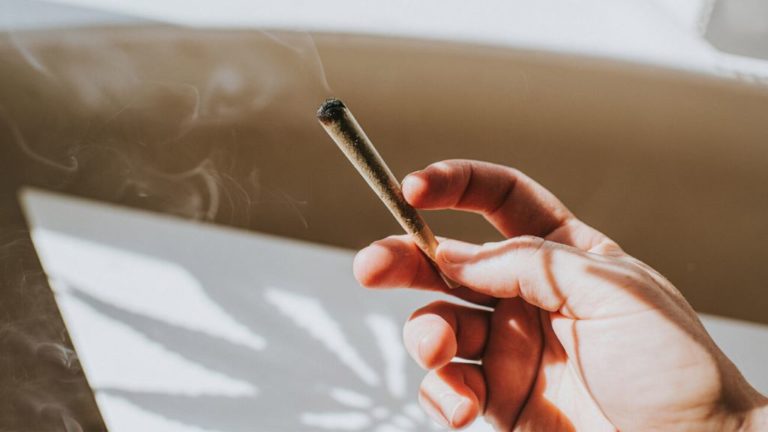 Using Cannabis to Treat Migraine Can Cause Rebound Headaches

Is cannabis a helpful in treating migraines? Read what the latest research says, plus Dr. Sulak’s thoughts on the subject, in this article, “Using Cannabis to Treat Migraine Can Cause... 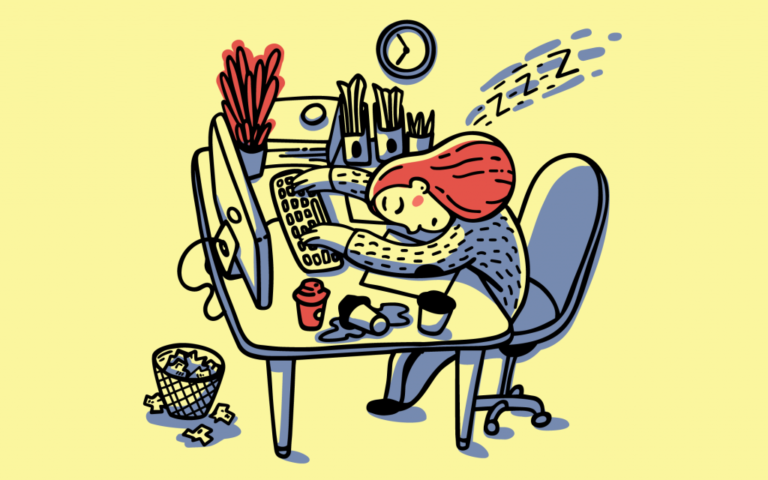 Does CBD Help or Hinder Sleep?

Does CBD help or hinder sleep? Because everyone responds to CBD differently, the results are unique to each person. Using CBD strains with significant amounts of the terpene myrcene are...